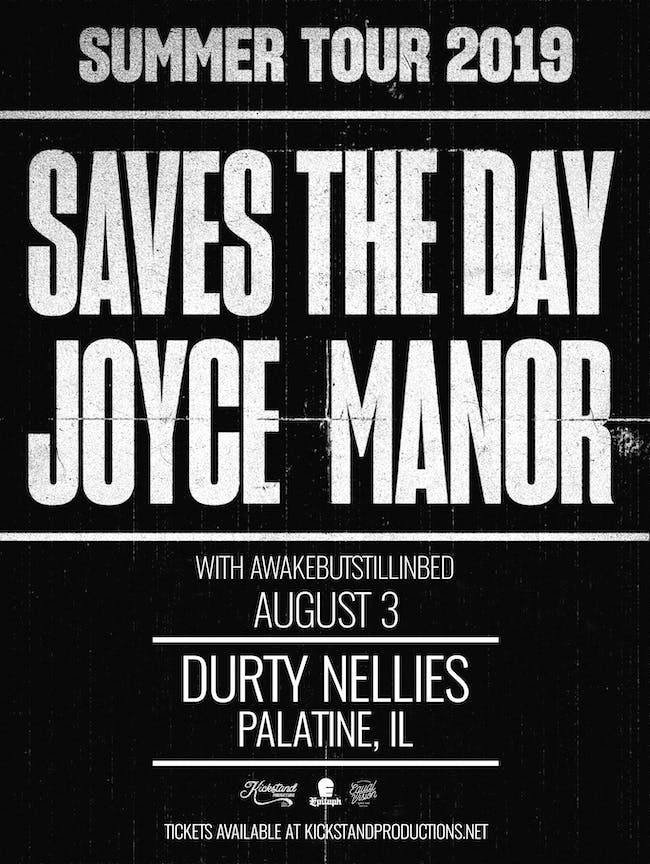 Saves The Day have been through a lot over the past two decades: Van accidents, member changes, the emo explosion, and the adventures that carried the act and their fans from adolescence to adulthood. But they’ve never had a proper history of the band… until now. Saves The Day’s ninth album 9 tells the story of the band from the perspective of the band’s founder Chris Conley and does it in a way that’s as exhaustive as it is poetic and makes the listener a part of the songwriting process. From a narrative standpoint, 9 chronicles the epic story of a group of kids from New Jersey who realized their dream and became international sensations.

Let’s start the story of Joyce Manor’s Million Dollars To Kill Me at the end of Million Dollars To Kill Me—at the last not-even two minutes of “Wildflowers,” a song about light and beauty and wonder that ends the record like a sunrise after a long exhausting night. It’s not a sing-along single or a bleaked-out slow-burner. It’s brief, understated, and simple but sophisticated as it says what it needs to say in seven sharp lines. And it ends the album with a question instead of an answer, because on an album like this, questions are more honest. If 2016’s Cody was about growing up, then Kill Me is about what happens next—the reckonings with love, money, doubt and confusion, and the hope that persists despite it all. That’s where “Wildflowers” comes in. Says Barry Johnson, band co-founder/guitarist/vocalist: “‘Wildflowers’ is my favorite song on the record—maybe my favorite song I’ve ever written. It’s about how something can be so beautiful it breaks your heart.”